The next part of our trip on HMS Beagle’s voyage was to explore Tierra Del Fuego, a place split between Argentina and Chile. As well as the surveying work, the Beagle had another task here – to return the three Fuegians that Fits-Roy, the captain, had taken to England after the first voyage to their homeland, which didn’t work.

The Beagle battled against storms for a month trying to go around Cape Horn, which is a dangerous place for ships. Cape Horn has very strong winds that blow almost all the time from east to west below 40′ S, and are more powerful by the funnelling effect of the narrow Drake Passage. These strong winds make huge waves. During one bad storm, the Beagle came close to capsizing, and I lost all my specimens that I had not yet stored in alcohol.

I found the scenery of Tierra Del Fuego uninspiring and there were not many animals to study, but I found beauty in the mountains and glaciers.

The mountains were covered in snow, and lots of waterfalls poured through woods into the narrow channel. Magnificent glaciers came from the mountain side to the edge of the water. It isn’t really possible to think of anything more beautiful then the blue of the glacier, and it is contrasted with the snow. Fragments fell from the glacier into the water and floated away, and the channel’s icebergs were could be seen in the polar sea. 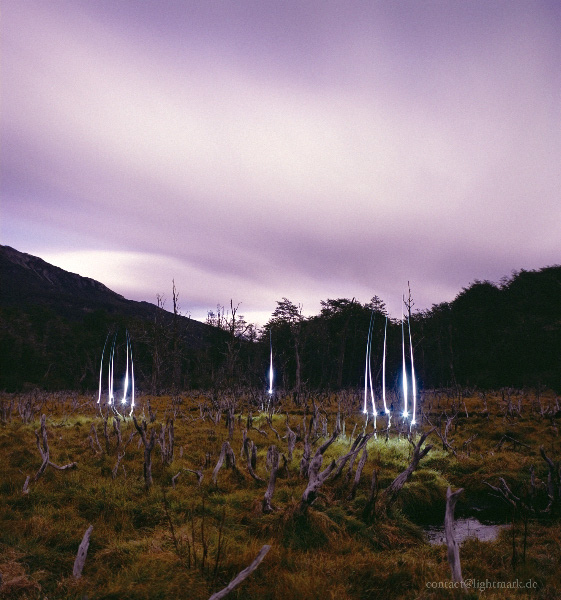