Doing our bit for both the community and the environment…

Home/Care, Community, Creativity, School Council, Whole School/Doing our bit for both the community and the environment…
Previous Next

Doing our bit for both the community and the environment… 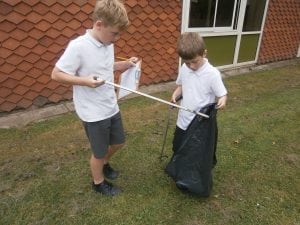 Due to a School Council project where all of the children in the school have explored the effects of plastic on the environment, in particular the effects it can have on our oceans, beaches and marine life, the children have gained an awareness of litter in general and have taken action!  Many of the children at Willow Brook have shown concerns recently in the amount of litter around the playground, whether this has been blown on to the site by the wind or dropped during break times and many of our children volunteered to clear it up.  Several groups of children, over the last couple of months have spent their break times collecting rubbish around the school site and putting it in it’s correct place to keep our school looking tidy and to protect the creatures whom litter can be a danger to.

We use cookies to ensure that we give you the best experience on our website. If you continue to use this site we will assume that you are happy with it.Accept
Go to Top