On the 1st of October Class 6 ventured to Newark to visit The Holocaust Centre. We set off at nine o’clock and arrived just before 10. When we first arrived we had a talk from our knowledgeable guide called Dave. Shortly after, we walked a little distance to what looked simply like a pile of stones. As seen in the picture below… 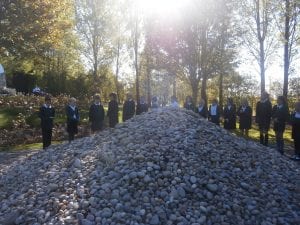 Each stone represented one of the 1.5 million Jewish children that perished in The Holocaust, the centre believes they are around half way there. After looking around the other memorials in the gardens we had a break for lunch.

During the afternoon we were given a tour of the Journey Exhibition. There were many rooms that replicated parts of the journey taken for children to get to England on the Kindertrasnport. We found out what happened to Leo, a 10 year old Jewish boy. We got to learn how he felt and what he saw during his time in Nazi Germany and his journey to England. We’re really glad we went on this trip because we were able to learn about what happened in the past and if we do this we will be able to stop terrible things from repeating themselves in the future.

Written by Barnaby and Sami from Class 6 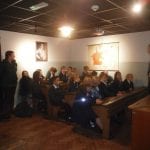 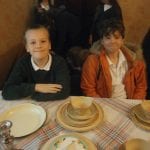 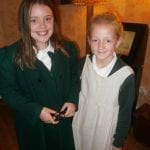